Your Fate is in Your Own Hands

This post is part of The Awakened Heart Project

“When you doubt your power, you give power to your doubt.”

Life Lesson 26: Your Fate is in Your Own Hands

This week, the focus is on personal strength and believing in yourself. It’s critical to accomplishing goals, and achieving the life you want. If you can’t believe in yourself, what else do you have going forward? The first part of this weeks lessons is a Buddhist story. Read it with a clear mind and be open to the stories lesson. 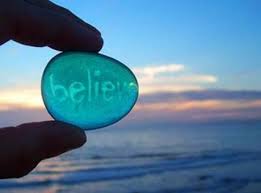 “Fate is in Your Own Hands”

Once upon a time, there was a general who was leading his army into battle against an enemy ten times the size of his own.

Along the way to the battlefield, the troops stopped by a small temple to pray for victory.

The general held up a coin and told his troops, “I am going to implore the gods to help us crush our enemy. If this coin lands with the heads on top, we’ll win. If it’s tails, we’ll lose. Our fate is in the hands of the gods. Let’s pray wholeheartedly.”

After a short prayer, the general tossed the coin. It landed with the heads on top. The troops were overjoyed and went into the battle with high spirit.

Just as predicted, the smaller army won the battle.

The soldiers were exalted; “It’s good to have the gods on our side! No one can change what they have determined.”

“Really?” The general shows them the coin–both sides of it were heads.

Before moving onto the next lesson, take a minute to think about what this means to you. What did this story teach you. Write down your thoughts in this moment. Take it in. Then continue reading. 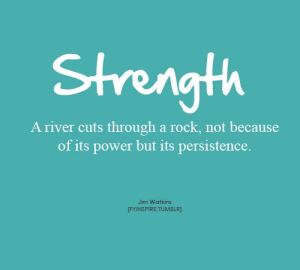 Life Lesson 27: Believing in the Power of Your Own Ability

After reading this story and reflecting on it, what thoughts or beliefs arise? What are your thoughts on fate? I know for many, this is a touchy subject. Some people believe wholeheartedly that fate, and God’s plan, are a real thing that do in fact impact the ways in which our lives unfold. Others’ however, believe that we, and we alone control our ultimate fate. No God, or outside force, does. Even within this story, you see the divide; the General believed in his army, while the army believed in the God’s. However, in the end, it was the power of the army that defeated their enemy, not God. The difference was simply that the army believed in the God’s. The army believed that a stronger force was behind them.

This goes to show how our thoughts can truly impact what we believe and what we achieve. It’s okay to lean on spirituality sometimes, but know what you yourself are fully capable of achieving. Know you can achieve the destiny you see for yourself. You don’t need outside forces behind you if you believe in yourself.

Registration for The Awakened Heart Project is closed for the year. However, follow the blog for the opportunity to participate in 2014. With An Open Heart will be going through some major changes in the coming months! Stay tuned!!!

Please fill out the form below to be notified when The Awakened Heart Project will begin again. Thank you.

Tags: buddhism, destiny, fables, fate, Happiness, Life, Stories, wisdom
From: Life, The Awakened Heart Project
← It Doesn’t Matter How Fast You Get There, If You’re Headed In The Wrong Direction.
A Short Post on Feelings →
No comments yet